At the start of the year, when I was very unhappy in my teaching job and feeling trapped ( I LOVE teaching, but the school I worked at was too rough for me, and so I felt I did very little actual teaching and mostly managed behavior), I set myself an audacious goal. I had to go big. I had to feel like I had the power to break out of the stress and feelings of failure. So I decided to write a children’s book in three months, in time for Sherwood Forest Faire’s opening weekend.

It all felt like kismet from the first. I tried to leave myself as few escape routes as possible. The cover sprang into my head fully-formed, and I was lucky enough to find a wonderful designer, Sandi Johnson, to make my incoherent sketch into a polished reality. 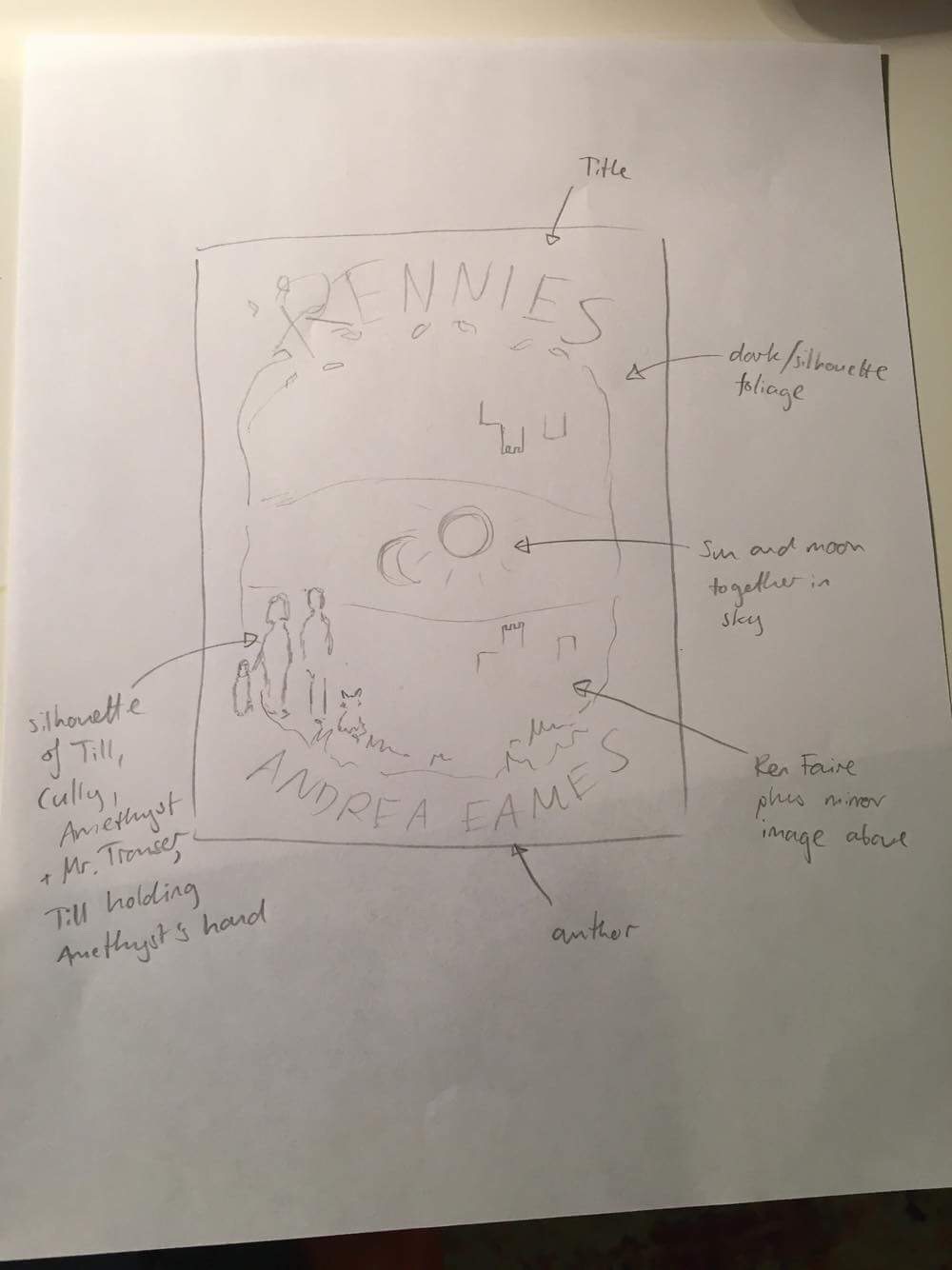 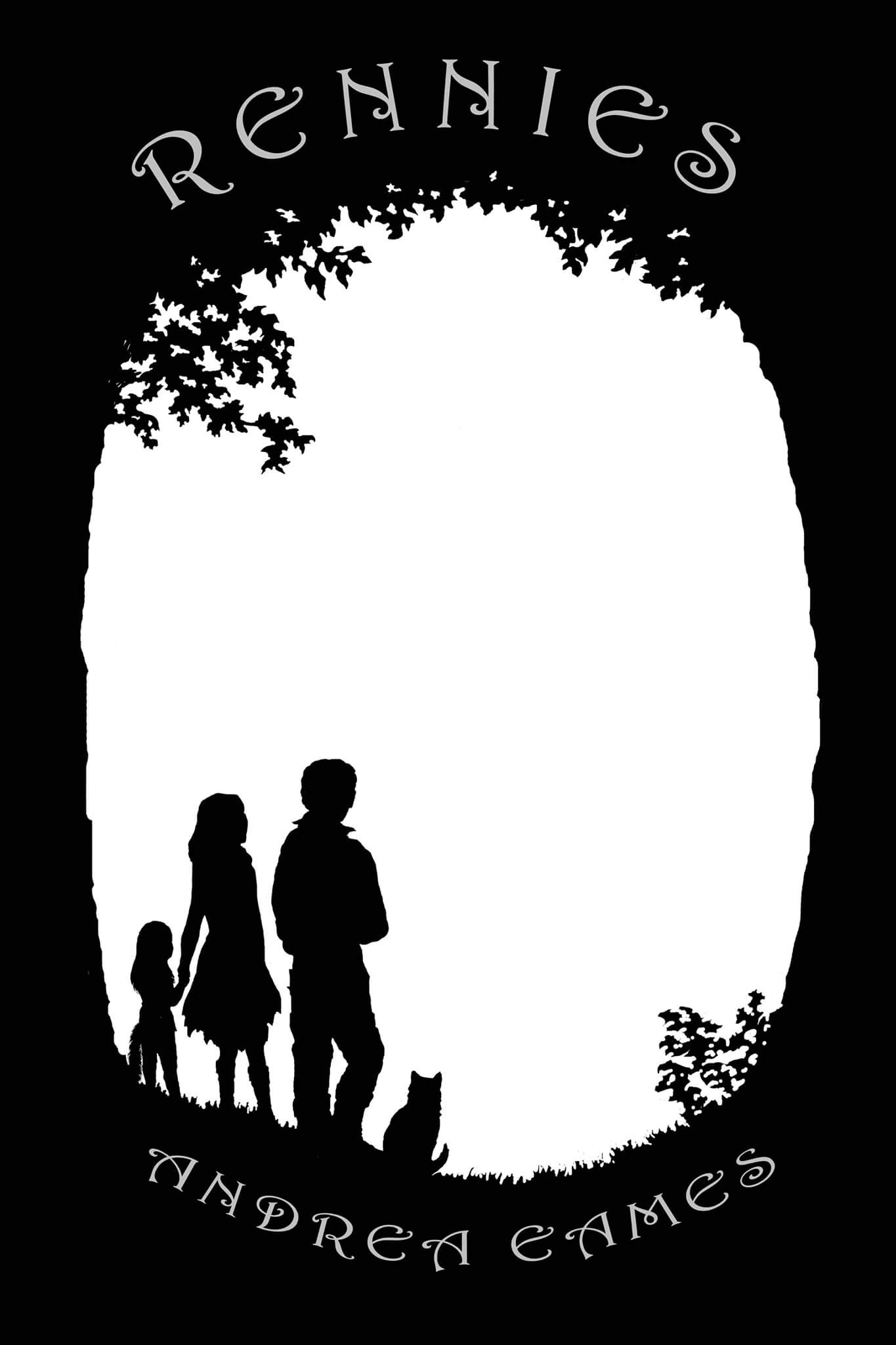 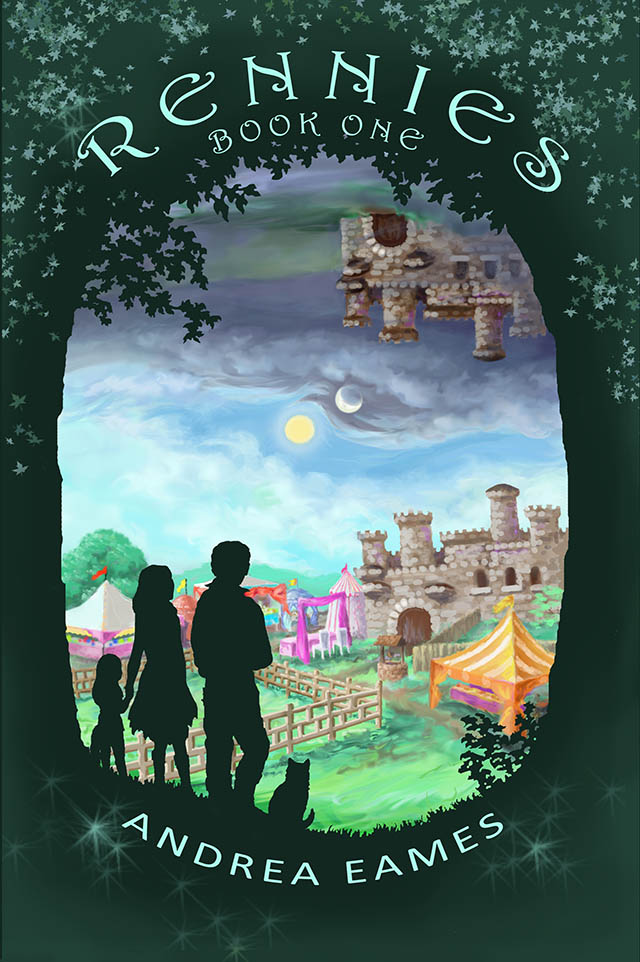 I told the Faire that I would be selling this book there, and Zane Baker put it into the Faire brochure. I started organizing readings and signings for this book (that wasn’t finished yet). With a finalized cover and a commitment to sell the book at a certain location by a certain date, there was no backing out.

Despite the fact that the book didn’t actually exist.

I wrote in my conference periods and lunch breaks at school. I wrote after school. I wrote whenever I could snatch a moment. I didn’t self-edit and I didn’t jump around in the story—I wrote the whole thing chronologically, as if I were telling it to myself. And I rediscovered a childlike joy in the process that I hadn’t experienced since, well, I was a child. I was just telling myself a fairy story. It took all the adult weight and pressure of succeeding, being perfect, fearing failure, and getting stuck in my own self-doubt out of the equation.

A few weeks later, I had a finished book. I typeset it, uploaded the interior and cover files, and ordered my copies. I had almost achieved my audacious goal, but, to my disappointment, the soonest they could get the copies to me was a few days after opening weekend at Sherwood. Oh, well. Close enough, right? I was still pretty excited to have got so close to ticking all the boxes of the checklist I had set myself.

Fast-forward to the day before opening day, as we were packing up ready to camp and start our weekend working at the Faire. The post truck pulled up, and Kenny went out to meet it. He started shouting for me. I ran out, and there, sitting on the driveway, were my books. They had arrived literally JUST in time to be packed and taken out to the Faire for opening weekend. 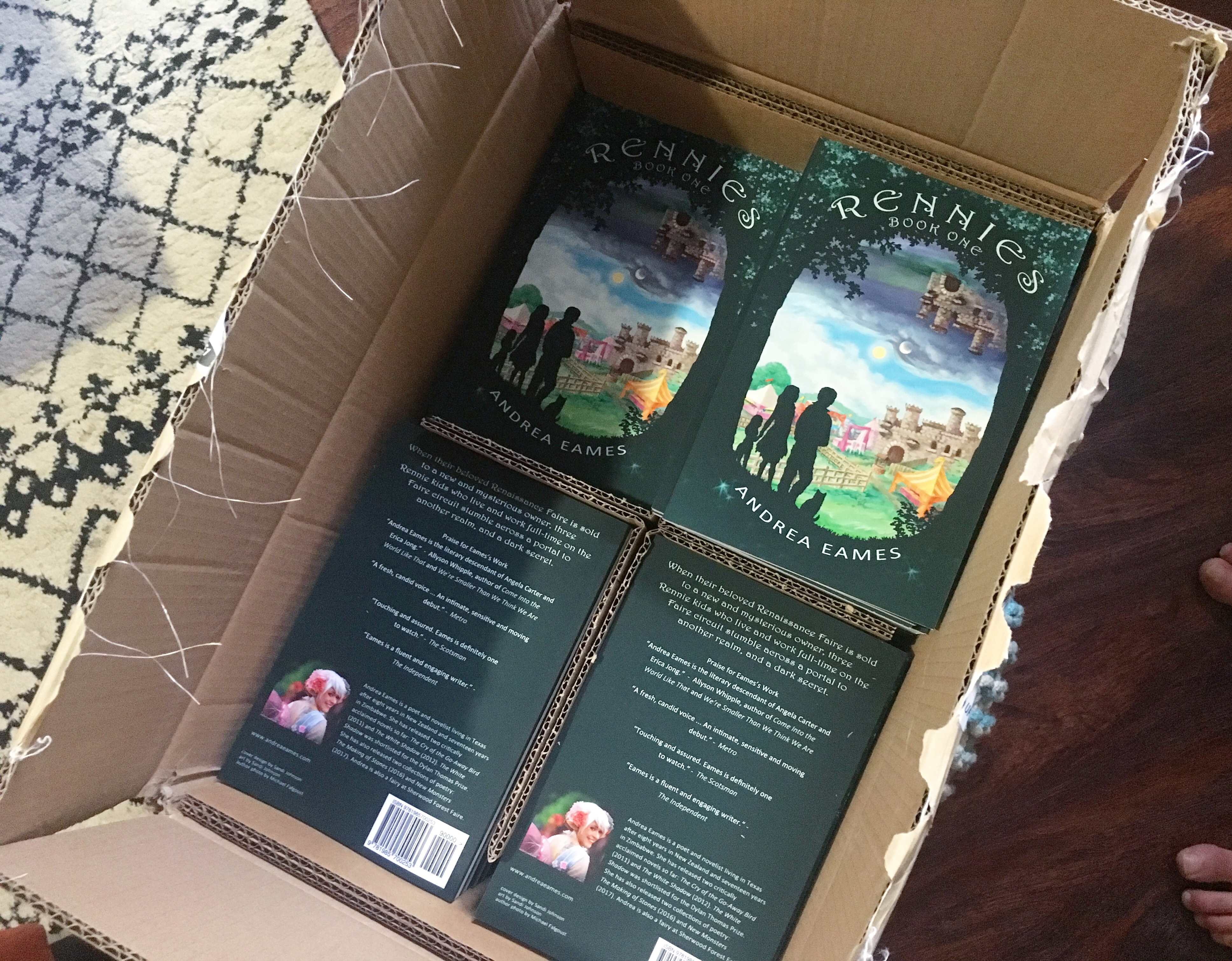 I am so grateful to everyone at Faire and Elsewhere who have been such huge supporters of this books. It has been selling furiously, and it is going to turn into a long-running series about Rennie kids and how they live. 10% of my proceeds from books sold at Faire go to Captain Rex’s Treasures of the Amazon charity, which has a 100% success rate in stopping human trafficking in the villages they work with along the Amazon river. This book is an example of one of my favorite quotes, by Goethe:

“Whatever you think you can do or believe you can do, begin it. Action has magic, grace and power in it.”

There was a lot of magic and a hell of a lot of grace involved in getting this book together, and I am very grateful. On to the next audacious goal! 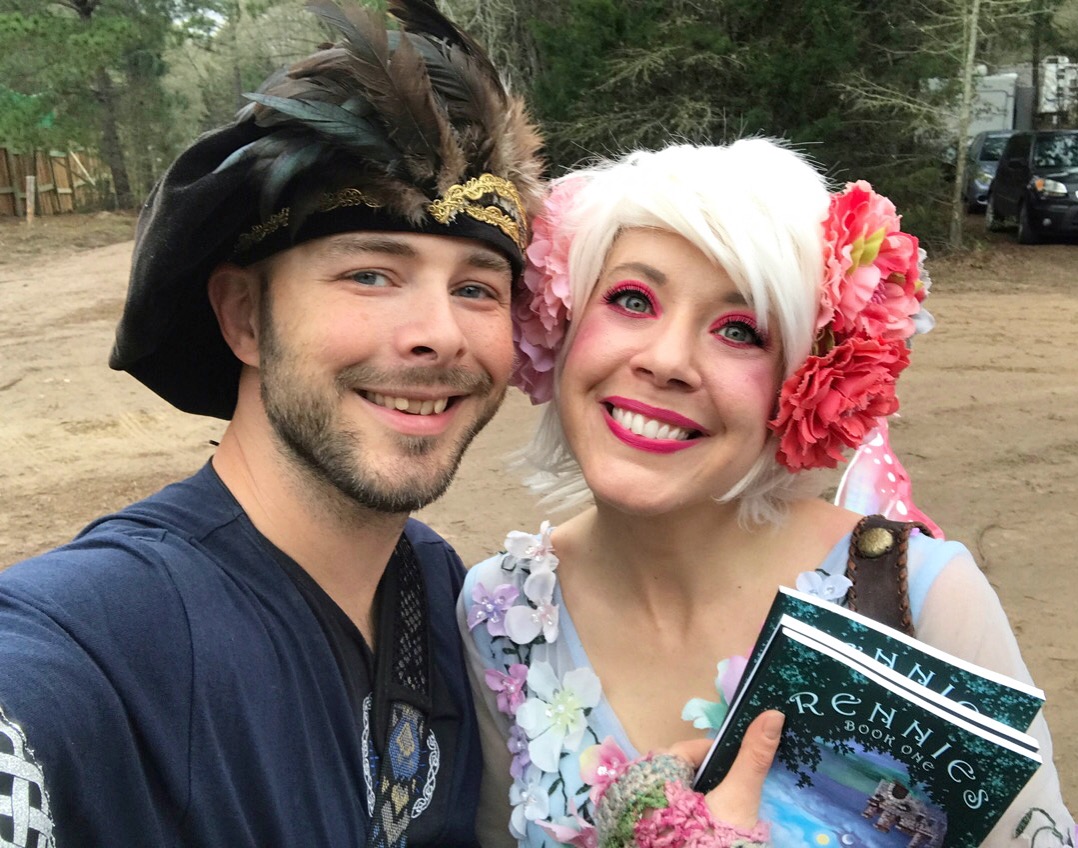 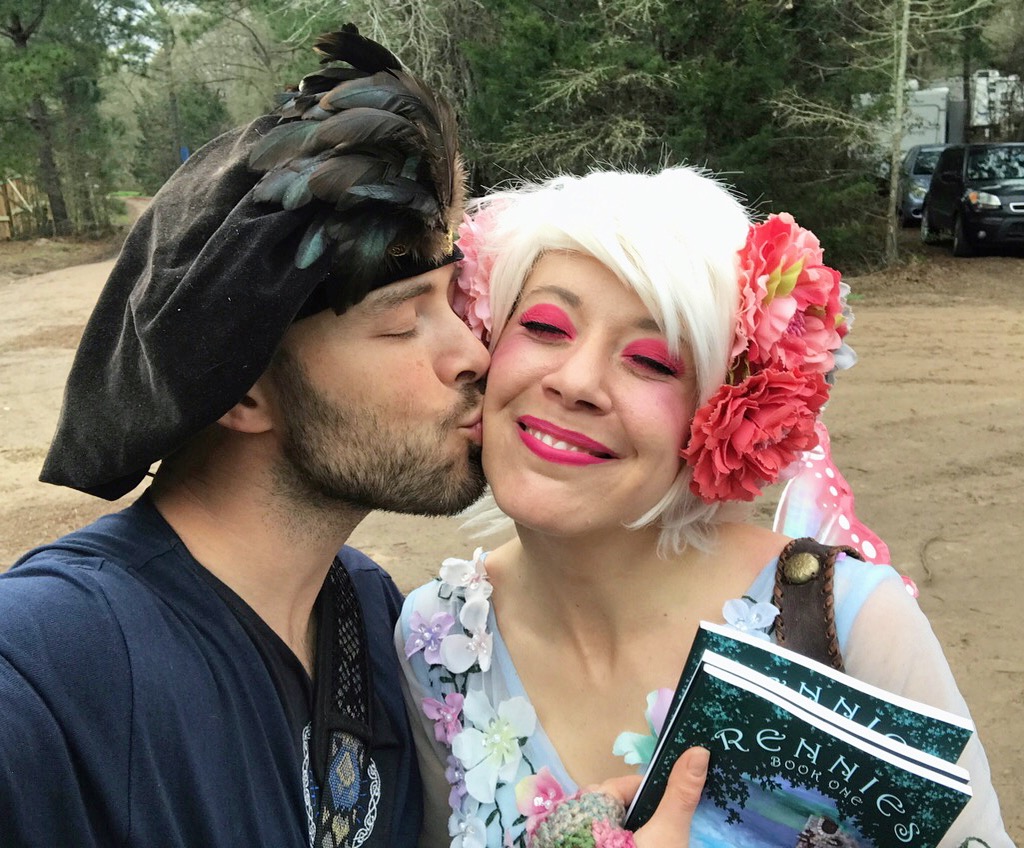 For writing tips and tricks direct to your inbox, subscribe here!